The distinctive character of the overall GLMS alliance is based on a “glocal” approach supported by a global network present in 4 continents and backed by local information and intelligence provided by the 31 GLMS Members across the globe. Ludovico also highlighted how GLMS alerts can support law enforcement investigation efforts and provide concrete valuable evidence to prevent and detect any sport competition manipulations at global level.

The matter of illegal betting was also on the Agenda, in which INTERPOL presented its operation SOGA VII against illegal gambling conducted throughout Asia during the 2018 FIFA World Cup. GLMS Member, HKJC, and UNODC also contributed to the discussions with key facts and figures.

GLMS President stated “I would like to warmly thank INTERPOL for organising this important conference, which gave us the chance to interact with numerous law enforcement agencies, share good practices and lessons learned. GLMS thanks to its enhanced analytical tools and real time global messaging system can play a significant role in supporting law enforcement authorities even if the massive fight against illegal betting is still a major worldwide threat, which often jeopardises not only the integrity of sports, but also vital state revenues.” 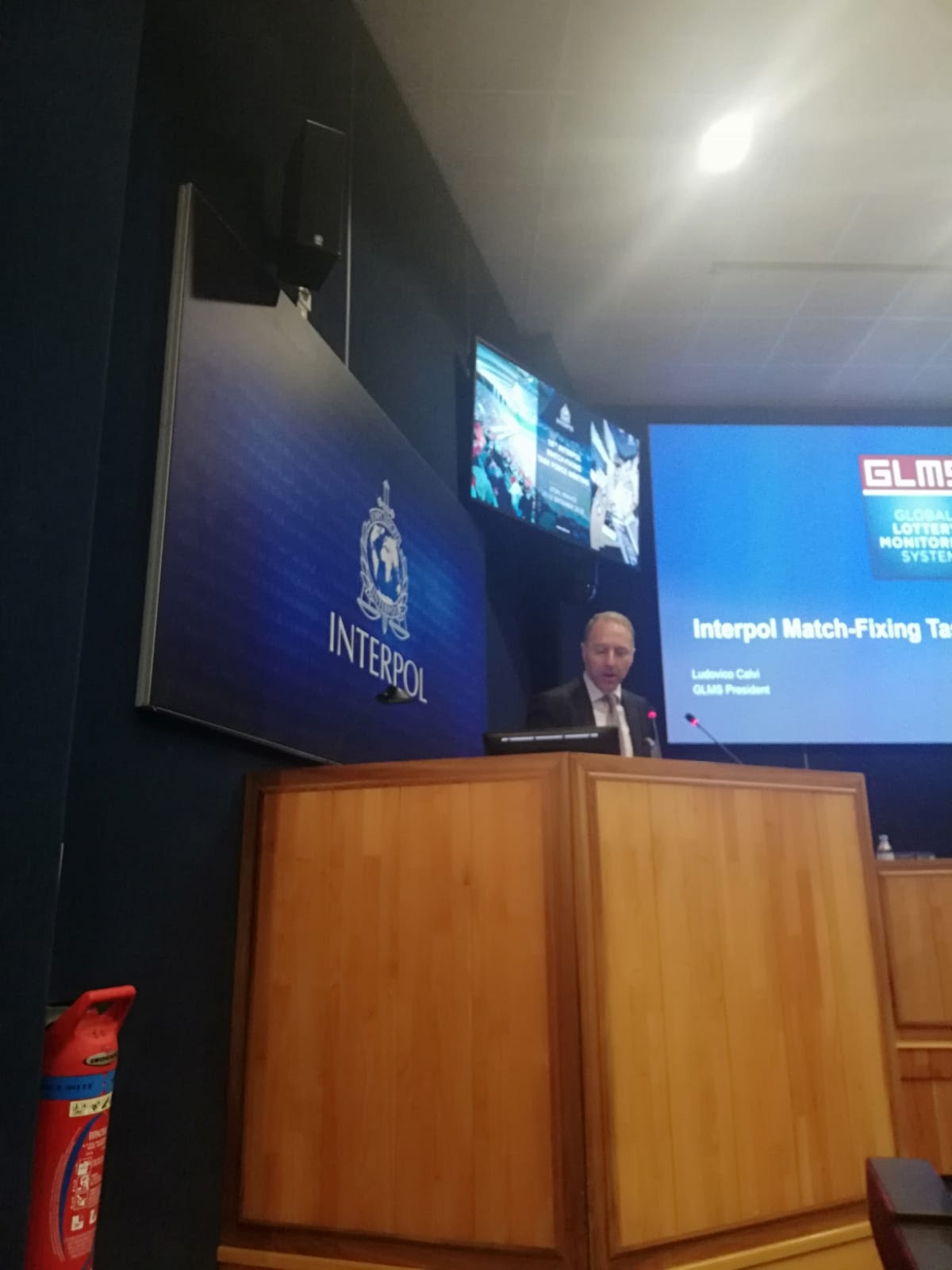 About GLMS
GLMS is the state lotteries’ mutualized monitoring system on sports betting. It aims at detecting and analyzing suspicious betting activities that could question the integrity of a sport competition. Building on six years of experience with the establishment in 2009 of ELMS with European Lotteries, GLMS went global in January 2015 extending the network to other continents. GLMS facilitates the sharing of sports betting information as part of the collective efforts of its members in ensuring sports integrity globally, and is dedicated to effective cooperation with all key stakeholders: regulators, law enforcement authorities, sports organizations.