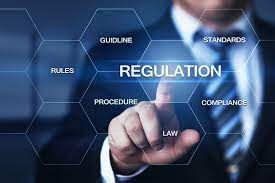 An Ontario regulator has given its seal of approval to even more online sportsbooks, pushing the number of registered internet gambling operators for the province’s coming competitive market into double digits.

The online registry maintained by the Alcohol and Gaming Commission of Ontario showed Thursday that there are now 11 different registered internet gaming operators, up from six last week.

Among those who recently received registrations is Chicago-based Rush Street Interactive Inc. The company announced Thursday that it now plans to meet the remaining regulatory requirements and launch its BetRivers online casino and sportsbook in Ontario on April 4, the date the province’s iGaming market is scheduled to launch.

RSI is already offering a free-to-play online casino in Ontario. The AGCO’s approval now puts the internet gambling company a step closer to dealing in actual currency in the province.

“Our free-to-play social gaming platform has experienced strong traction in Ontario to date, and we look forward to offering those players similarly entertaining and responsible experiences when our real-money offerings come April 4,” said Richard Schwartz, chief executive officer of RSI, in a press release.

Other operators that have received registrations now include Kindred Group’s Unibet, LeoVegas, and U.K.-based Fitzdares, which bills itself as “the world’s finest bookmaker.” Those sportsbooks join the likes of PointsBet and theScore, which have already obtained the AGCO’s approval.

The steadily growing list of Ontario iGaming operators underscores the interest in the province’s competitive market, which will be a first for Canada. At the moment, the only legal options for internet-based sports betting and casino-style gambling in Ontario and across the country are websites operated by government-owned entities, such as Ontario Lottery and Gaming Corp.’s PROLINE+ sportsbook.

Anticipation is growing for Ontario’s launch. And, as April 4 draws nearer and nearer, even more iGaming and online sports betting sites are likely to be approved, as there are at least 30 operators that have applied.

Major sportsbook operators such as DraftKings and FanDuel have publicly indicated their interest in Ontario. Another, Caesars Sportsbook (whose parent company manages a casino in Windsor, Ont.), is allowing bettors to sign up for Ontario-related updates.

Yet the U.S. bookmakers looking to break into the Canadian and Ontario markets will have to contend with so-called “grey market” operators already taking bets there, even if they may only be regulated offshore. Ontario’s government has estimated its residents are spending almost $1 billion a year on online gambling and that an estimated 70% of that handle is being wagered at sites not supervised by Ontario authorities.

One “grey” book applying for an Ontario license is bet365. Bet365 is regulated by the Gibraltar Gambling Commissioner, but it also has a regulated presence in the United States.

Recently, Canadian users of bet365’s online sportsbook have started being nudged towards the company’s “new and exclusive app” for customers in the country, including an offer of $25 in free bet credits for its download.

“This offer only runs until the start of April, after which time you will no longer be able to use our existing app,” bet365 said in an email this week.

Out of the grey

Ontario is hoping to use its iGaming market to capture some of the gambling revenue currently leaking to offshore operators. To redirect some of those funds the province’s way, Ontario’s iGaming market will allow operators currently doing business in the grey market to transition themselves and their customers over to the new, regulated market.

Bet365 has not yet received its approval from the AGCO, the regulator’s registry shows. Internet gaming operators that want to participate in Ontario’s iGaming market must both register with the Alcohol and Gaming Commission of Ontario and sign an operating agreement with iGaming Ontario, a government agency and AGCO subsidiary.

“Beginning on April 4, operators that are registered with the AGCO as an Internet Gaming Operator and have signed an Operating Agreement with iGO will be able to go live in Ontario’s new market,” iGaming Ontario said in an email in January. “For online sports betting, this date can allow customer accounts to be transitioned ahead of major events in the Spring sports calendar including the NHL and NBA playoffs.”

Ontario has also threatened a crackdown on operators that try to keep conducting “grey” business in the province once the regulated market launches.

“As part of this transition, the AGCO is committed to taking strong action to address any remaining unregulated Ontario market activity in partnership with law enforcement,” the watchdog’s application guide said.