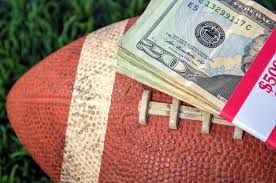 Southland Casino Racing in West Memphis is the first to launch online sports betting in Arkansas.

The Southland Betly online sportsbook is available to anyone 21 and older. Users must create an account and download the location tracking software to their computer to ensure wagers are only placed from inside state boundaries. The mobile app is not yet available, but it could be in a few days.

A casino spokesperson said the app will be live once it's approved through Apple and Google app stores. Southland and Saracen Casino in Pine Bluff are hoping to have their apps available in time for March Madness, which begins March 13, with selection Sunday.

"If anyone's ever been to Las Vegas during March Madness you know how crazy it is, just sports betting around that event and I think that's also going to be true for the mobile option in Arkansas," said Scott Hardin, spokesperson for Arkansas Department of Finance and Administration.

In 2021, state tax revenues from in-person sports betting were $1.2 million, according to Hardin. He told 40/29 News DFA has not yet released projections for mobile sports betting revenues but said doubling the figures would likely be too conservative.

"If you look at the state of New York, they launched in January. By February they put out a report that said, we've already had $2 billion bets on sports via the mobile apps and that resulted in $80 million in tax revenues to the state. Not to say that's going to happen in Arkansas, but bring that down to scale in Arkansas and if we see anything close to that it's going to be a huge success," Hardin said.

The state receives tax dollars from the gaming profits from the state's three casinos.

"All of that goes into one big pool. That's taxed at 13% for each casino, but then when they hit $150 million in revenue each year, that number moves up to 20%. Then all that money comes back, it's broken down, it goes to everything, general revenue which is distributed across the state. The cities and counties where the casinos are located get a significant portion of that," Hardin said.