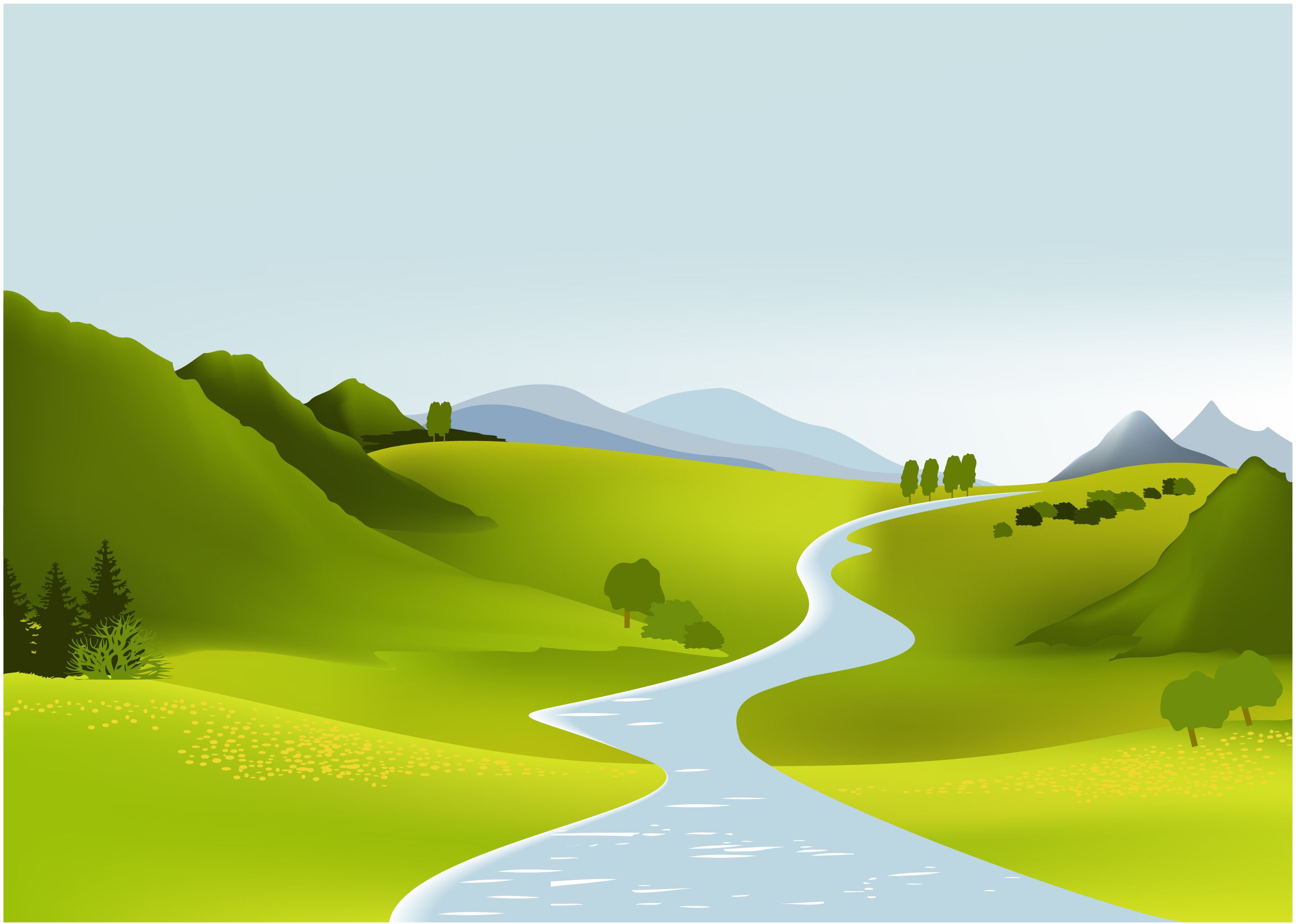 The Spanish Christmas Lottery as an unconventional fiscal policy tool

Financing the green transition while consolidating fiscal budgets is a challenging task for many European countries. This column argues that the Spanish Christmas Lottery – with its high level of participation, large prizes, and geographic clustering of winners – offers an example of an unconventional fiscal policy tool for increasing aggregate revenues and stimulating local demand without crowding out aggregate activity. Lottery winnings reduce unemployment and increase job creation and CPI prices, especially during recessions. Even households in winning provinces that do not win themselves significantly increase their durable consumption six months after the shock.

The unparalleled COVID-19 recession was successfully counteracted with the adoptions of unprecedented fiscal stimuli by many counties (e.g. Gourinachas et al. 2021, Pappa and Vella 2022). However, this fiscal response left governments with deteriorated debt and deficit levels and the subsequent energy crisis has put a further burden on the fiscal budget. At the same time, the green transition was initiated and supporting the transformation while consolidating the fiscal budget would be another impossible task for many countries in Europe. This challenge has been a topical issue in academic and policy debates. For example, Buti and Papaconstantinou (2022) stress the needs for funds for European public goods. Darvas and Wolff (2022) suggest a green golden rule allowing green investment to be funded by deficits that would not count in the fiscal rules. Garicano (2022) suggests instead a climate investment fund that would implement the golden rule but would operate under a common fiscal budget, incentivising countries to invest more in the green transition. Bénassy-Quéré (2022) suggests a more holistic approach than the golden rule by adopting a broad approach to sustainability, encompassing its fiscal, financial, macroeconomic, and environmental dimensions, and providing the right incentives at the national level.

In this column, we suggest a rather unconventional policy tool for facing this challenge: the creation of a European lottery based on the design of the Spanish Christmas Lottery. The very first Christmas Lottery took place in Cádiz in 1812 and was set up by the government to raise money for the Spanish troops fighting against Napoleon’s armies. Lotteries were also used in Colonial America as a source of revenue to help fund the colonies (Millikan 2011). According to the National Conference of National Legislatures, the revenue from all state lotteries relative to total state revenues ranges between 0.8% and 2% in US states. Hence, although unconventional, this tool has been used several times in the past and present as a way of raising revenues. The Spanish Christmas Lottery represents an important source of government revenues. The government revenues derived from this lottery scheme averaged approximately 0.1% of national GDP in the 2005-2020 sample and represented on average 0.3% of total government revenues.

In a recent paper (Ghomi et al. 2022), we estimate jointly the individual and aggregate effects of the Spanish Christmas Lottery on macroeconomic aggregates and sentiment. Our study highlights the role of lotteries as a way to stimulate local demand and improve economic sentiment, apart from their role as an effective tax collection device. Our results suggest that lotteries could kill two birds with one stone, increasing tax revenues voluntarily and also stimulating consumption and consumer confidence in the winning regions.

As already mentioned, the Spanish Christmas Lottery is special. First, it involves high prices. each winner of the first prize, known as El Gordo (‘the fatty’), receives around €20,000 per euro played, and a standard ticket costs €20. Moreover, winners of the second and third top prizes receive €6,250 and €2,500 per euro played, respectively. Second, and importantly for our experiment, winners tend to be geographically clustered, and the top prizes are awarded to several thousand individuals sharing the same ticket number. The winning provinces receive an income shock equivalent, on average, to 0.2% of their GDP. For the provinces that receive the maximum lottery prize per capita, the income shock represents, on average, around 2.9% of provincial GDP. Most of all, for a future policy design, because sharing Christmas lottery tickets is a social tradition, the lottery has an extremely high participation rate.

Employing local projections, we examine the dynamic effects of the Spanish lottery income shock on labour market outcomes and CPI prices using monthly Spanish province-level data. We find that lottery wins have significant and economically important stimulative effects at the province level. On average, after a province wins a lottery of €1000 per capita, the unemployment rate falls sluggishly, reaching its maximum fall after a year and remains significantly low 20 months after the initial impact. Furthermore, the price level in the winning province increases persistently, reaching its maximum 17 months after the shock, and returns to its pre-shock value after approximately two years. When we investigate the effects of the lottery wins conditioning on the state of the economy, we show that the fall in unemployment after a lottery win is more sizeable and persistent during recessions (when the unemployment rate is higher than 20%). On the other hand, we do not detect a differential effect of lottery wins on CPI prices in expansions versus recessions. Figure 1 summarises these results. We next collect individual-level data on consumer confidence about current and future economic conditions and for realised and intended durable consumption expenditures based on monthly surveys conducted by the Center of Sociological Research (CIS). Each month around 1,000–1,500 nationally representative households across Spain are asked questions related to their past and intended consumption behaviour and their current views and expectations about their own personal finances, as well as about their employment status considering the Spanish economic conditions and the country’s overall economic outlook. Following the University of Michigan Survey, we construct aggregate indices of confidence for the current (ICC) and expected macroeconomic conditions (ICE) and show using local projections that they also react positively and significantly on impact to lottery wins (see Figure 2). To further validate our conclusions on the sentimental effects of lottery wins, we use binary choice and ordinal regression models to study the effects of a lottery win on individual sentiment and consumption behaviour. Lottery wins significantly change consumer sentiment at the individual level. Households become temporarily more optimistic about their current and future income and employment and tend to revise upwards their expectations about the evolution of the Spanish economy if they live in a province that wins the lottery.

We show that the responses to lottery wins are heterogeneous. Younger, low-income, and less-educated households are more ‘sentimental’ to the arrival of the lottery in their province and tend to envisage a brighter future for themselves and the aggregate economic conditions in Spain. Confirming the aggregate responses, we also show that the economic sentiment of households living in the winning provinces reacts stronger during recessionary periods.

In line with the results found in the existing literature (e.g. Kuhn et al. 2011, Attanasio et al. 2020), we also find that households in winning provinces significantly increase their consumption of durable goods – mainly furniture and vehicles – six months after the lottery win. Positive sentiment seems to trigger the consumption responses: when we examine jointly individual confidence and consumption intention responses, we show that individuals who become more optimistic are significantly more likely to increase their durable consumption responses after a lottery shock (see also Gillitzer and Prasad 2018). We argue that the mechanism behind the propagation of lottery wins works through sentiment: lottery wins boost sentiment, and positive sentiment spurs economic activity. We discard an alternative hypothesis in our paper.

However, one would expect the aggregate effects of the lottery to be negative. Since most individuals do not win it, the lottery should act as a tax that reduces economic activity in the rest of Spain. According to the popular view, Spaniards play the lottery collectively and view lottery expenditure as a part of Christmas spending and not as a tax. To formalise this argument, we test whether Christmas Lottery expenditures affect differently households’ durable consumption responses in winning compared to non-winning provinces. The data suggest no differences in the correlation between lottery expenditures and household durable consumption. Moreover, the high participation rate for this lottery should also address concerns about the regressive nature of lotteries as a tax.

Our results suggest that the lottery designed by the Spanish State Lottery and State Betting Society for Christmas could be used as a new unconventional policy instrument. In effect, such a policy could increase tax revenues voluntarily and stimulate consumption and consumer confidence in the winning regions. Supporting further our policy conclusions, Cabrales and Lugo (2016) argue that lotteries are more efficient than voluntary contributions in funding public goods, if the lottery proceeds go to worthy causes that induce 'warm glow' altruistic preferences in lottery players.

Bénassy-Quéré, A (2022), “How to ensure that European fiscal rules meet investment,” VoxEU.org, 6 May.

Kuhn, P, P Kooreman, A Soetevent and A Kapteyn (2011), “The Effects of Lottery Prizes on Winners and Their Neighbors: Evidence from the Dutch Postcode Lottery”, American Economic Review 101(5): 2226–47.