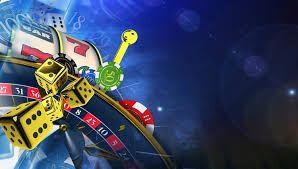 The state's Racing and Gaming Commission last month approved an authorized gaming operator application — which is essentially the licensing form for companies that want to open a casino — as well as background check applications for managers and other key operators.

Those are key steps needed for entities that want to operate casinos at the state's horse racing tracks, although they can't be put into use until casino operating rules are approved and finalized by state officials.

That process is moving forward slowly.

Tom Sage, executive director of the Racing and Gaming Commission, said the Nebraska Attorney General's Office on Friday returned a draft of proposed casino regulations to his office for some minor revisions and corrections, and he expected those changes to be made and the rules sent back to the office this week.

The Racing and Gaming Commission approved the 67-page package of proposed rules at its Dec. 17 meeting, and they were forwarded to the Attorney General's Office on Jan. 12.

Sage said he was not given a time frame for how long it will take for the Attorney General's office to complete its review, but "I think it will be pretty quick," he said.

Once Peterson's office concludes its review, the rules will move to Gov. Pete Ricketts for his review and approval. After that happens, the rules will go to the Secretary of State and become effective approximately a week later.

Given all of the steps remaining, it will likely be summer — at the earliest — before any horse racing track can get a license to operate a casino.

The Racing and Gaming Commission's approval of the gaming operator license framework means tracks can apply for a license as soon as the casino rules are finalized, but Sage said the process of reviewing applications and doing background checks is likely to take up to 60 days, and then the license applications would have to be voted on by the commission.

He said the commission has not yet hired background investigators, but is in the process of doing so and hopes to have them in place by the time applications start coming in.

Chris Kotulak, CEO of Fonner Park in Grand Island, said that while it's not ideal, he understands why the process has taken as long as it has.

"The pace to get where we are might not be what some wanted, but there were and are many important things to cover. The Racing and Gaming Commission needed to create an entire collection of casino regulations and that takes time," Kotulak said. "This is a serious undertaking.”

Fonner Park plans a temporary casino with about 200 slot machines, and Kotulak told the Grand Island Independent this week that he expects to have it up and running by the end of the year.

But he said Fonner Park's plans for both a temporary and permanent casino are "entirely in limbo based on the progress of things in Lincoln.”

Lincoln Race Course also is planning a temporary casino with more than 300 slot machines. Officials there could not be reached for comment.